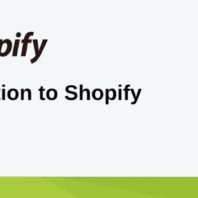 A General Overview of the Shopify App Development for the Beginners

Shopify is one of the top eCommerce platforms with many useful features out of the box. Working with accepting payments, product catalogs, theme customization, and many more functionalities are available for the online merchants after subscribing to Shopify plans.

Merchants may discover which they need more than the platform provides with these features in place. That’s why Shopify App Development comes into play.

According to the official website of Shopify, approximately 90% of online sellers use Apps in their stores. Nearly 85% of Apps have brought their developer’s money. All of these numbers illustrate the increasing popularity of Shopify App Development.

Shopify App is a Web Application

Most people think that Shopify uses proprietary coding language in a manner similar to Apple that uses Swift for building iOS applications. The truth is, that there’s not a single stack of technologies developers must use. This is the thing that makes the Shopify platform so flexible.

In Short, Shopify App is nothing but just a Web Application. You can develop it on your PC with the technologies of your choice and host it on your own server. The developers are completely free to use tools whichever they prefer. Shopify is a Ruby-based platform still. If the developer’s choice is this language then it will give an ability to use frequently updated libraries and tools to the developers that are officially supported by Shopify itself.

Shopify Apps connect to online stores by using the official Shopify APIs and exchange the data in the JSON format through the HTTPS protocol. They can perform all kinds of tasks. depending on the provided services, like:

Waiting for the events to occur.
Fetching the information about an order for analytical purposes.
Running the scripts.
Hiding some of the information from unregistered users.

As we discussed, Shopify Apps can be used the same Shopify REST APIs to interact with the online stores. They are not identical when it comes to delivering them to customers. Shopify Apps has three different types as follow:

If an online store owner needs something unique, some different functionalities that differ their App from other stores then they can order to building Custom Shopify App.

Custom Shopify App developers should know that they are not able to distribute their App through the official Shopify site or use billing APIs to accept money from the merchants. Programmers develop this type of Apps in the dashboard of their partner.

There is no need to submit a custom App for approval by the platform. The merchant likes what you have built once, then you are good to go. Custom Shopify Apps are displayed in the admin area and it’s possible because of Shopify bridge, a JS library for embedding apps in the admin panel.

In many ways, Private Shopify Apps are similar to custom Apps but do not differ in certain aspects. Private Shopify App development does not require submitting Apps for validation by the vendor. Developers are not able to distribute private Apps through the official Shopify App store.

It you wanted your App to be accessible to as many Shopify online store owners as possible, select the Public Shopify App development way. Public Shopify Apps are placed into the App store catalog according to their area of application. Customers can freely purchase them from this site.

The number of stores where publicly listed Shopify Apps can be used is not limited and they have to take permission from the vendor.

Shopify is an ordinary web application. Developers are able to develop Apps with the features and functionalities of their choice on their PCs and run them on their own server. This differs Shopify App development from the standard web Apps in the use of official Shopify APIs.