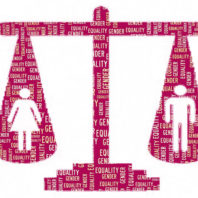 Benefits Of Equality Before Law In Our Day To Day Lives

Human beings are the only living creatures who have the brain to use. They are capable enough to think before acting. They possess the understanding and importance of being connected. This is the reason they are also known as social beings. Human beings are not capable of living in isolation as they have the inbuilt quality of socializing with each other. As you all are well-aware of, we do not have the kingdom rule and neither we follow the rules and regulations of a King. So, as to maintain decorum and peace in our society the top law firms in India bind united and lead to an evolution in the whole dynamic of law was evolved. It is mandatory for the citizens of India to adhere to all such rules and regulations framed by the Constitution of India which is the supreme authority of India.

It’s the Constitution of India which provides a certain set of rules and regulations which the Indians are bound with. It is a framework which along with the rules, also consists of various rights that we Indians enjoy throughout our lives. Such rights are termed as Fundamental Rights. One of the most important rights, which we are going to talk about in this article is the Right to Equality mentioned in section 14. This right ensures equal protection of laws without any discrimination and guarantees protection of the rights and equality law for all the people of India. This right encompasses all the citizens as well as non-citizens of India. As per the Constitution of India, section 14 covers two aspects of equality, equality before the law and equal protection of law.

Equality before law states that any person who is living within the territorial boundary of India has a full right to equality in law. No discrimination would be executed in terms of caste, sex, creed, race, place of birth. It simply means that all people of India from the Prime Minister to a beggar of India have the same responsibility towards the jurisdiction of law and possess the same rights as everyone else.

As per the principle of equality law, there should be uniformity in all the treatments in all respects. The people who are in a similar situation should be treated alike with the same privileges and the same liabilities. This simply means that there should be equal treatment, an equal privilege conferred, equal liability imposed on the person who is in a similar situation. This concept of equality comes from Magna Carta which states that no man is above the law and that everyone is equal in the eyes of law. This embarks that whether a person is privileged, underprivileged, unprivileged or handicapped are all equal in the eyes of law. To be sure of the applicability of the law, enforcement of equal protection clause is executed. Equal Protection Clause was adopted on July 9, 1968, from the U.S Constitution. As per the clause, at the time of jurisdiction, the state can not deny any person his or her right to equality and protection of law. The objective of the clause is to provide guaranteed right to equal protection of law. A case can be filed by the top law firms in India on the basis of the above mentioned clause so as to safeguard the interests of the people of India.

Though the state has no right to discriminate any citizen on the basis of aforesaid grounds but it needs to adhere to the following exceptions. There are few exceptions to this right to equality such as, the state can make special provisions for women and children, people belonging to the scheduled castes and tribes, sear reservation in the educational sector and government offices for the ones belonging to the backward classes of society.

An individual can revolt or even file a case against a party which is violating his or her fundamental right to equality. To ensure that the accused gets an adequate punishment, the services of top law firms in India can be availed. Equality before the law and equal protection of law are the core elements of the democratic India. For equal rights to all the citizens, almost every country has adopted this law. It is one of the most essential rights of an individual. It maintains the spirit of indiscrimination in the working of government as well as laws. This law is also known as golden gate for the opening and execution of rest of the fundamental rights of an individual.