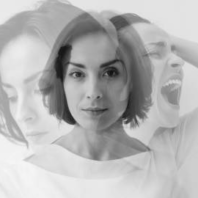 Can Schizophrenia Go Away Without Treatment?

Schizophrenia is a type of mental condition categorized as a mental disorder in which patients experience a series of unpleasant episodes and exhibit threatening behaviors. These could include hallucinations, a distorted sense of reality, extreme paranoia, self-destructive behavior, and a propensity to cause danger to others.

There has been extensive research and experiment over the years to understand the precise causes for its occurrence. However, due to the lack of a solid breakthrough on that front, the knowledge regarding schizophrenia treatment too is limited.

However, that in no way means that schizophrenia can go away on its own. There are several methods and therapies that can help schizophrenia patients to cope better with the symptoms.

Listed below are the causes and treatment of schizophrenia:

While the causes of schizophrenia are not too defined, there are still some credible reasons to cite the following possible factors:

It is widely accepted that schizophrenia can be passed on from a parent to a child or run in the family owing to genetic and biological factors.

Schizophrenia can also occur due to several environmental factors like persistent high stress levels, exposure to mind-altering drugs, auto-immune diseases, and exposure to toxic chemicals as an infant, and the onset of mental conditions like OCD or clinical anxiety.

There is no evidence to back any source claiming that schizophrenia goes away on its own. And neither is there any established or definitive treatment for it. However, the treatment of schizophrenia would primarily consist of helping patients to cope better with the symptoms.

Therefore, depending on the severity and stage of schizophrenia, treatment usually consists of prescribed medications, therapy, and professional counseling. In some cases, it could be the use of any method, whereas, in some others, a mix of three treatments or more are used.

Antipsychotic drugs are often prescribed to deal with severe symptoms like hallucinations, delusions and to stop the onset of the ‘psychosis’ stage. If psychosis does occur, hospitalization is considered the best treatment as the patient can pose a danger to themselves and others around this stage. Since their inception in the early 1950s, antipsychotic drugs have had side effects like drowsiness, withdrawal symptoms, irregular sleep, and dryness of the mouth.

Also known as Cognitive Behavioural Therapy (CBT), patients with schizophrenia are taught coping mechanisms to deal with the various symptoms. It is a way to enable them to handle stressful and frightening situations.

This type of treatment is used only in severe cases and as a last emergency resort. Usually used to calm a patient amid a psychosis attack, electroconvulsive therapy must be done by or under the guidance of a trained doctor only.

It is advisable to commence schizophrenia treatment right at the onset of diagnosis. Research provides several cases where patients who received early diagnosis treatment were able to cope better with the symptoms, managed to live with the condition without self-hurt or endangering others, and in some cases even experienced a decline in schizophrenia symptoms.

Therefore, this only points out in the direction of seeking or encouraging an affected to get medical help or attention at the earliest as it can not only make a considerable difference to the life of the patient but those around too.