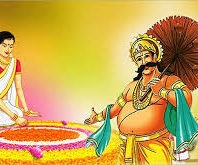 Exploring The Vibrant Festival Of Onam And Its Celebration

Onam is the biggest cultural festival in the state of Kerala. This ten-day harvest festival celebrates the homecoming of King Mahabali, who once ruled the land. It is a very colorful and vibrant festival. Every Onam, God’s Own Country bursts with colors, songs, dances, happiness, and bonhomie. It is also the time to showcase the state’s cultural wealth and traditional arts. Onam is in the month of Chingam (August-September) in the Malayalam calendar.

In Hindu mythology, the history of this festival goes back to the Bhagavata Purana, which tells the story of King Mahabali, who used to rule Kerala. Though a demon, he was a great devotee of Vishnu. Mahabali was a very generous and virtuous ruler. During his rule, Kerala became very prosperous, and his fame even reached heaven. The Devas (Gods) felt threatened by him and sought Vishnu’s help to neutralize the threat.

Vishnu incarnated as a dwarf Brahmin priest called Vamana and approached Mahabali. He requested three paces of land from Mahabali’s vast kingdom. Mahabali’s kindness was legendary, and he agreed readily. As soon as he granted the wish, Vamana began to grow in size. He covered the land with one step, and heaven with the second step. For his third step, Mahabali offered his head, and Vamana kept his foot on the king’s head and pushed him into Patal or the underworld. But Vishnu granted him immortality, saying that he could return to his land every year. Hence, Onam is celebrated by Keralites to welcome the beloved king’s homecoming.

From a simple harvest festival, Onam today is a huge cultural and religious event all over Kerala The rituals add to the festival’s charm, and they showcase the state’s traditions and culture in a colorful way.

Ona Pookalam is like a floral carpet made of various flowers and petals, in intricate and beautiful patterns. One can call it a Rangoli made with flowers instead of rice flour. There will be Pookalam competitions in all districts, with even schools, colleges, and offices taking part.

Vallamkali or boat races are an integral part of the Onam celebrations. People from all over the world come to see it. The boats used include snake boats, paddled longboats, and traditional Kerala boats. During the race, the people on the boat sing Vanchipaatu (‘vanchi’ means ‘boat’ and ‘paatu’ means ‘song’) to entertain the crowds and whip up enthusiasm. The Nehru Boat Race is one of the most awaited events during Onam.

‘Sadya’ in Malayalam means ‘banquet’. It is a vegetarian feast comprising several items and served on a banana leaf. There may be around 29 dishes, including parippu, rasam, sambar, aviyal, thoran, olan, kalan, three types of payasam, papadam, etc. It is truly a royal repast.

People of all faiths celebrate Onam by making Pookalams and preparing Ona Sadya. The festival is a time for families and friends to come together. It is even celebrated by Malayalis living abroad in countries like the US, UK, etc. The Kerala government organizes a Tourism Week for Onam. The capital city of Thiruvananthapuram wears a festive look, with main buildings and streets illuminated. Cultural events will be organized at many venues, and the festival concludes with a grand fireworks display.