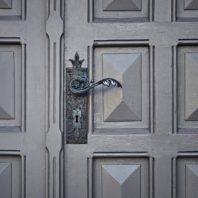 How Often Should You Change Your Locks

Replacing your locks is not something that you do only when you suspect that they are damaged. You see, a lock is one-half of your home’s security system. The other one is the matching key. You see, a key can be replaced, duplicated, copied, stolen, lost, etc. but the lock always remains under your control. So, whenever in doubt, replace the lock. Still, how often should you do this? Well, let’s see what the experts think.

On their own, locks are usually made from sturdy materials. Technically, a metal lock is prone to corrosion but the corrosion affects inactive parts the most. Your lock, on the other hand, is something that receives attention every single day. It twists, turns and shifts all of its moving parts on a regular basis. Still, this doesn’t mean it won’t receive any damage. What you need to focus on are visible signs of damage or strange noises coming from the lock. Checking if it will hold after locking the door is another good idea. If the lock is damaged, it’s safer to just replace it than wait to be locked out of your own home.

Losing a key is not necessarily a worrisome situation. Losing your key in a club or somewhere on public transportation is not always a reason to worry, seeing as how the person who finds them might not have the idea of your whereabouts. However, are you sure that they’re lost and not stolen? If they’re stolen, are you sure they’re stolen by someone who has no clue of your whereabouts? You need to be extra careful when these things are concerned, which is why you should just change your locks as the safest course of action.

If you did some renovation recently, chances are that you left your keys with some of the handymen performing works. This isn’t necessarily a problem but sometimes you just don’t want to worry. In that scenario, you should just look up “locksmith near me” on your browser and find a reputable specialist nearby. You can have your lock replaced in a matter of hours and never have to worry about this again. The best part is that you can add this to the cost of remodelling and make it easier to budget.

When just moving in, you’ll have no way of knowing the history of the place or its locks. This is why it’s best to just replace the lock and be done with it. For starters, you need to understand that while it is customary for the former tenant to return the keys, you have no idea if this was really the case. Chances are that even if there was an incident, the landlord might choose not to report it in order not to upset you. The problem is that they might also be unaware of any copies made. After all, they could make as many as they like without reporting to anyone. This is why it’s the safest course of action to just get a new lock.

After a breakup or a major argument, it’s usually a smart idea to replace your locks. Remember that people do stupid things when they’re upset and even if you trust your former partner, are they going to give the keys to someone else? Even if you do trust them, you probably won’t stay in touch, with them, which means that if they lose the keys or if they get stolen from them, chances are that you won’t be aware of this. Also, think about the future. Will your future partner be happy about the idea that your former partner still has the key? Probably not. Why not avoid this argument in the making by just replacing the lock?

In the end, the question of how often should you change your locks is quite situational. First, you need to ask – is there a reason to worry about your own security? Second, is the integrity of the lock compromised in any way? If the answer to any of these questions is anything else than a resounding no (even if it’s just maybe), replacing the lock is the right call. Keep in mind that this is a minor expense and the consequences of ignoring (neglecting) it could be quite catastrophic.