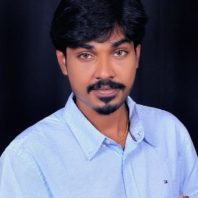 New Delhi: The Spread of Novel CoronaVirus has drastically affected the Trade and Foreign Exchange of all the countries of the world due to the Shut-Down of International borders of all the countries of the world. This has also caused a Major Impact on the Economy of India. While considering the Gross Domestic Product of the nation we had faced a downfall due to the Pandemic Lockdown enforced over the nation for the welfare of the citizens of India to stay away from the spread of the covid virus. But, now it has become a major threat for the Economy of India due to the Reduced domestic trade of the nation from March 2020. The Fall in production of the country has caused stock demand for the surviving citizens of the nations, Hence the country’s Import is forced to be increased, Even for the FMCG Goods. More than 75% of the civilians have now lost their Per Capita Income Ratio, Due to the fall in the Trade Locally and Internationally. All together Fall in Per Capita Income, Reduced GDP, Reduced Local and International Trade has reduced the Total Tax Collected in the Last Accounting Year and made the Government of India under huge debt, I.e.At End-March 2021, India’s external debt was placed at $570 billion, recording an increase of $11.5 billion over its level at end-March 2020, according to the Reserve Bank of India’s (RBI) data. The external debt to GDP ratio rose to 21.1 percent as of March 2021 against 20.6 per cent a year ago. This may also increase in the future because the world has not attained the end for the Novel CoronaVirus – Dr Hema Chandran Ravikumar.

The Government of India will first have to stop viewing the economy in the rear-view mirror and, instead of putting its own back on overseeing economic growth of seven-point something in the last nine years, it would do well by focusing on a four-point something that the growth has been reduced to. It is good that the Indian economy expanded at an accelerated pace in the past, but investments are not made solely on the basis of past performance. Investments, which lead to growth, create jobs, and push income, are driven by the present conditions and expectations from the future. The government decided to spend Rs 1.97 lakh crore on production-linked incentives (PLI) and has identified more than 10 sectors to be included for employment and job opportunities for youth. Accordingly, IMF data shows that India would have an 11.5 per cent growth in the financial year 2021-22 was said by Minister Anurag Thakur. Citing RBI data, the Minister said that India’s GDP growth is estimated to contract by 7.5 per cent in 2020-21 and grow by 10.5 percent in 2021-22. – Mathunila Vissagan.

India did not reach this state by accident, As we expect to believe. The present condition is a consequence of a serious design fault in economic policymaking. It is clear that growth was not a priority task for the government till it was too late. Even at this stage, the main concern is to create an “Entitlement Regime”. If we had shown similar enthusiasm in pushing investment and clearing bottlenecks,  Market EconToday would have had a different story to tell. Perhaps, after the economic destruction after the pandemic, the Indian government lashed out with huge demands. Records say that the GDP growth will be reduced to 7.3% in 2020-21. The latest GDP data are not the outliers, instead it is observed that the economy of India was steadily worsening even before covid-19 – Snehan Subash C B

N&H Research Park is an Indian Privately funded Research and Development Company headquartered in Tamil Nadu,India. It was founded in 2019 by Dr Hemachandran Ravikumar & Co-Sci.V.Mathunila with the aim to make access to science more reliable.It is that velvet of progress that comes just for the individuals who consumed the midnight light considering a thought well as to take activities past second to none to seeing it through getting converted into an effective suggestion that can possibly change the World of  science Industry.

While considering the important theme of N&H Research Park, It was a research publication company which was started in the motive of eradicating the Logical errors of  in that may occur in the experiments related to space.Initially by the early days of 2018, Dr Hemachandran Ravikumar was in the Idea of making a Private space research agency but due to the laws present in India it was too difficult to set up and it involved huge capital investment. So, Dr Hemachandran Ravikumar and his partner decided to start a company that can actually concentrate on space which can try to eradicate the logical errors and make people better understand the facts of science.