iPhone 7: What we know so far about the next Apple handset?

Apple made a huge mark on the mobile market this year with the record sales of their current flagships, the iPhone 6s and iPhone 6s Plus. The company announced that their handsets sold 13 million units in just three days of their release. With plenty of hardware upgrades and new technologies compared to its predecessor, it was not surprising that many mobile users opted to upgrade their previous handsets to Apple’s current iPhone 6s models.

Some countries are yet to receive their iPhone 6s, however some iFans have even began talking about the next handset with video concepts and leaked information being revealed by experts and reliable sources online. But, what should we believe? Here’s a post about the iPhone 7 and its upcoming and highly anticipated features:

Why the iPhone 6s wasn’t the iPhone 7?
Apple only changes the numerical version of their iPhones when there are plenty of improvements from its predecessor, especially in terms of its physical design. As featured on O2’s comparison page, from the iPhone 5c and 5s variants to the current iPhone 6s and 6s Plus – the design improvements were huge in terms of size and aesthetic feature. Thus, Apple did not make the current flagship their 7th model because its design was too similar to its predecessor (the iPhone 6 and 6 Plus). But, with the upcoming release of the iPhone 7, many are curious about how it will look? Will it come in two models like Apple’s recent handsets? What new technologies should we expect from this device?

Many iFans have already made predictions on how they feel the next iPhone will look. Here’s a video by IC Entertainment, which presents their concept on how the iPhone 7 will appear next year:

What’s new?
Many rumors circulated regarding the next Apple handset being revolutionary compared to the other mobile devices to be released next year. Here are some exciting features we hope to see on the iPhone 7:

1. Waterproof
MacRumors revealed that the company could possibly adopt a non-metallic material for the body casing for the next handset to make sure that it’s waterproof. A reliable source said that they are testing iPhone 7 units for water and dust proof capabilities, making sure it has a sturdier body and a protective screen, and silicone coating to protect the hardware inside of the phone. Although Apple didn’t incorporate such a feature on its 6s models, it appears that they do actually have liquid resistant capabilities. A video by Zach Straley showed how the two current Apple handsets survived being submerged in a bowl of water.

Photo Credit: Martin uit Utrecht via Compfight cc
2. See-through display
This year, the company made headlines after they were awarded the patent to produce see-through displays that produced augments images. The technology isn’t particularly new to the market, but if Apple include this on their next smartphone then it will be the first see-through handset on the market. Based on the patent request, the screen is made of a flexible and thin material that allows the user “to see both the images it projects and the real world objects behind the screen.” 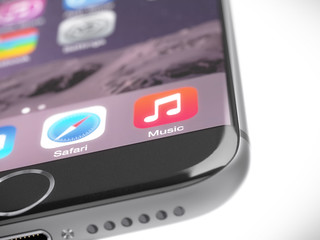 Photo Credit: Martin uit Utrecht via Compfight cc
3. More humanized Siri
Apple recently purchased two startups in the hope of making Siri more humanized and smarter. Today, the company introduced the Hey Siri feature that allows the virtual assistant to respond quickly and accurately. With the inclusion of VocalIQ and Perceptio under Apple’s innovative Siri-focused department, it is aims to “make Siri more conversational and smarter.” The inclusion of artificial intelligence under the company’s supervision opens many opportunities for Apple to use the technology, not only with Siri but also on iCloud, camera settings, screen technology and more.

Photo Credit: Martin uit Utrecht via Compfight cc
Some reports claimed that Apple plans to adopt the Intel LTE chipset to help power their mobile data for faster internet capabilities and aid with wireless charging for their next handset. In addition, the iPhone 7 is set to be the thinnest iPhone yet.

What revolutionary features do you expect to see on the next iPhone?
Will it be worth upgrading? Feel free to leave your comment below.