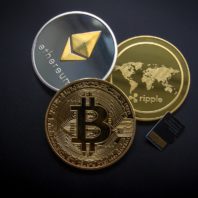 Is it too late to invest in Bitcoin?

Bitcoin is considered to be one of the best investments of our time and it has been creating a lot of buzzes this season. Bitcoin only worth a few dollars years ago but has now increased to thousands of dollars. This has made people that invested in bitcoin years ago a millionaire.

A lot of people have heard of this cryptocurrency but do not really understand how it works. Bitcoin is a digital currency and not a physical coin. The currency can be used to buy something or exchange it for another currency over the Internet without involving the bank.

Many people that invested in bitcoin kept their coin on their visual wallet for many years while the cryptocurrency grows slowly in value until it reaches its peak recently. Investors have also started buying bitcoin as an asset which has also increased its value.

The rise in bitcoin price has made people more interested in it and the demand for bitcoin has also increased. Many people are now thinking and asking themselves questions like  Am I missing out on something? Is it something I should invest in? Will I get rich quickly if I invest in bitcoin? Read on as we explore more on bitcoin and whether it’s not too late to jump on the bandwagon.

Should you consider Bitcoin?

In reality,  bitcoin is not an investment you venture into to get rich quickly. For one, it took years for bitcoin to reach its current status. Although, some predictions have indicated that the price of recent bitcoin could triple in years to come. But we should also understand that bitcoin is an extremely volatile market and you should not rely fully on it.

This digital currency has also reached a surge as big companies are driving the digital currency forward. The Bank of New York Mellon, founded in 1784 by Alexander Hamilton, announced plans to help its customers transfer and keep bitcoin. And they will also do the same with other cryptocurrencies.

This comes after Tesla purchased bitcoin worth  $5.1billion.The investments made by these two popular companies also played a vital role in making bitcoin price what it is today.

Bitcoin has become the most discussed in the finance industry as it just reached its ATH bitcoin that is now being traded this year at a higher percentage when compared to last year. This has made many people ask if it is too late to invest in bitcoin.

Some people are also skeptical about bitcoin as it experiences a fall at the end of 2017. Bitcoin further decreases in 2018. This has made some people feel history might repeat itself. But the truth is such scenarios are unlikely to happen because of the following reasons.

The investors have change

In 2017, bitcoin investors were people with moderate wealth but things have changed now. Many people are now investing in bitcoin and most of them are outside the typical bitcoin sphere. Many hairdressers, shop workers are now talking about the rise in cryptocurrency and are willing to invest in it.

Although, it is fair to say the bitcoin price is inflated because people are scared of missing out.  Many investors are still investing in bitcoin and this has led to higher demand as subsequently increasing the price of the asset.

Fear of missing out

Bitcoin price is predicted to triple its recent price in years to come. With the continuous increase in the price of bitcoin, many will start to invest in it. Others will also be looking for the perfect time to invest to make profits. This is influenced by their fear of missing out on the profit they can make with the increase in bitcoin price. This makes them want to enter the bitcoin market as quickly as possible.

Many large corporations are now paying more attention to bitcoin and they are investing in it. Starbucks has announced they now accept payment in bitcoin. Ruffed investments have also invested over 2% of its portfolio in bitcoin. PayPal is also initiating a process that will allow their customer to purchase and sell things through their bitcoin.

Financial giants are also now concentrating on finding ways for their customers to invest and or pay for products via bitcoin. The value of bitcoin to USD has also increased.

The Bitcoin market is booming and all these are indicators showing that it’s never too late to invest in it.