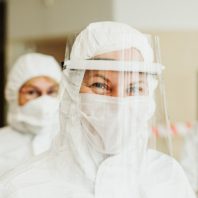 Kidney Disease and Diabetes in the Elderly

The kidneys are two fist-shaped organs located on either side of the spine. They filter your blood in order to rid the body of impurities that can cause damage to your body. Kidneys also work to control blood pressure and produce hormones critical to bodily function.

Kidneys are comprised of smaller structures called nephrons which contain blood vessels that remove impurities from the blood in the form of urine. As we age, the nephron’s ability to filter blood degrades which can lead to kidney disease that requires treatment to filter the blood more efficiently. This is a long term process, so senior citizens are especially prone to IgA kidney disease treatment.

It is important to detect malfunctioning kidneys early, but since this disease cannot be felt in its early stages, you should see your doctor regularly who can perform blood and urine tests to trace early signs of declining kidney function.

If your doctor or other health care professional involved in your eldercare has indicated that you are at risk for kidney disease, it is recommended that you keep blood pressure low (below 130/80 mmHg), take appropriate medications prescribed by your doctor, or keep diabetes under control which is commonly paired with kidney failure.

Diabetes occurs when the body can no longer produce insulin, which leads to cells being unable to metabolize sugar in the blood. The high levels of sugar then cause damage to the kidneys as well as other organs. Like kidney failure, diabetes has different stages of severity, so people who have very early and less severe stages of diabetes may not be diagnosed, especially if they fail to get regular tests to identify it. For this reason, many people will not treat kidney disease or diabetes until it is in advanced stages where serious symptoms begin to surface. Because of this, it is important that senior citizens, those caring for the elderly, and doctors work together to identify kidney disease at its early stages in order to treat it more effectively and avoid more extreme damage.

Senior citizens who have diabetes, high blood pressure, heart disease, or a family history of kidney failure are more at risk for kidney disease.

Degradation of kidney function is irreversible, which is why early identification and treatment is most important for avoiding kidney failure. Fortunately, treatment for kidney disease is very effective when it is identified in its early stages.

Kidney failure, or when either or both of the kidneys shut down completely, is also referred to at end-stage renal disease (ESRD). When the body can no longer filter wastes, symptoms like fatigue, nausea, vomiting, and itching can result. Kidney failure is treated with a kidney transplant or another procedure known as dialysis: