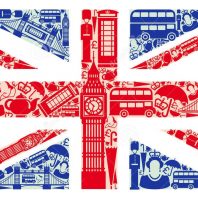 Most Inexpensive Universities in UK

But before listing down these colleges, let us highlight a few facts about British Universities. Do you know the British or European residents do not find these colleges to be much expensive? The truth is it is not the college fee that makes you believe that the British universities are expensive but the living cost. For International Students, it is a new place and challenge to survive. They have to deal with living expenses, travel expenses, and tuition fees, which overall makes these colleges expensive. Whereas, for the British or European residents it is their country and they know more about the cheap places to manage expenses. To lighten your burden, we have penned down some of the cheap and affordable fees universities in the UK.

One of the best colleges that offers a quality education at affordable rates. Partner with various companies and organizations to ensure that each student gets placed and receives the best jobs after completing their course. Among British universities, Leeds Beckett University offers one of the lowest tuition fees.

Here are some of the low tuition fee colleges in the UK. Follow and subscribe IOES, a study abroad consultancy in India for more guidance on the best colleges and universities in the UK.