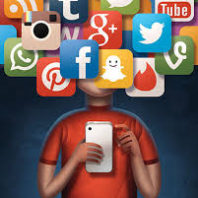 Unless you’ve been living under a rock on a remote island in the middle of the ocean for the past 2 decades, you know what social media is. Most of us use social media on a daily basis. But platforms like Instagram, Facebook, and Snapchat are much more common with children and teenagers than with us. Which is why they are more at risk.

The Risks and Dangers Social Media Poses to Teens and Kids

Teenagers and children are much more internet-savvy than we can imagine. They learn to use apps on smartphones and tablets almost before they learn how to walk. Of course, educational toddler apps are a whole different story when compared to social media. I know that my kids end up spending the bulk of our Cox service data on their social media activities.

Of course, social media isn’t entirely bad. It is very important for the social and creative development process in younger teenagers and children. As parents, part of our duty is to understand that children need attention and appreciation from their peers. Social media is a popular way to accomplish that, even among children. However, protecting our kids is also part of our parental duties. This means we need to be more aware of the risks social media poses to our young ones. Yes, most social media platforms require users to be at least 13 years of age before they can sign up. But even at that age, children are vulnerable and at risk. Especially to the following:

Let’s examine these in more detail below.

There is a lot of upsetting and inappropriate content floating around on social media. This is one of the biggest risks to consider before you let your kids start using social media. Images or videos containing violence, nudity, sexually explicit material, or even material that promotes bigotry can have a massive impact on a developing psyche.

The internet is full of cybercriminals and social media is no exception. Without understanding the risks of doing so, your child may unwittingly disclose sensitive information to such people. Remember, phishers can do a very convincing job, especially on children. If your kids or teens disclose things like their names, addresses, and dates of birth to a potential criminal, the outcome can be disastrous. Start talking about cybercrime and the importance of never sharing information with strangers or even anyone outside the immediate family. Help them recognize a phishing attempt before they fall victim to one.

As if bullies at school weren’t enough, they exist on the internet too, especially on social media. There’s also the fact that there is an absence of a teacher-like presence to restrain cyberbullies. Remember, cyberbullying, like any other form of bullying, harms the victims. What’s more, your child could even turn into a cyberbully themselves. The thought is a sobering one. You need to have a serious conversation with your kids about how they should treat others on the internet and how to expect to be treated themselves.

Cyberbullies and criminals aren’t the worst of the lot. Social media is a natural hunting ground for pedophiles and other sexual predators. Often posing as young children, they form unhealthy relationships with kids online, and can even resort to physical or sexual abuse if they get the opportunity. Talk to your children about the very real dangers of never responding to strange messages or friend requests. Also, encourage them to put privacy controls on their social media profiles so they don’t give up sensitive information like where they live or where they go to school.

Your children can make the mistake of uploading embarrassing, provocative, or inappropriate photos or videos of themselves on social media. Of course, they don’t know any better and aren’t thinking of the future. But an image showing your teen smoking a joint at a party or a past tweet that is racist or prejudiced can be extremely damaging. People have lost career opportunities over less. A serious chat with your children is in order before allowing them to use social media. Explain to them what a digital footprint is and what it means. Ask them to consider what they want their digital footprint to show years down the road.

These days, it seems there are a lot more pitfalls for our children than there were at our age. In many respects, this is true. The world has changed considerably. Much of the technology we grew up on like landline phones, VCRs, and Walkman players are obsolete. Children now have different ways to socialize than they did at our age. Reasonably priced services like bundle deals make it easier for more households to access the internet. All of this means that parents need to be more aware of the dangers associated with technology and protect their kids accordingly.