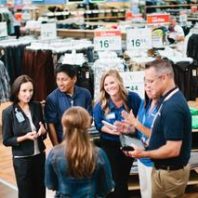 Walmart job injury: what you need to know

Walmart is the largest private employer in the world and the largest grocery retailer in the US. They are extremely familiar with workers’ compensation claims. Ideally, this should mean that the company has designed adequate protections for its employees in case of work-related accidents or injuries. Workers’ compensation insurance – which the company supports – should cover the medical expenses and lost wages of an eligible worker who is injured or becomes ill due to working conditions.

But in reality, many Walmart employees have difficulty obtaining workers’ compensation for work-related injuries and illnesses. There are a number of challenges in the claim process, and worse, some workers feel that their employment has been compromised after their claim attempt.

If you or a loved one has been injured while working at a Walmart, here are things you should know when it comes to pursuing workers’ comp.

The workers’ comp claim process in Virginia seems simple on paper: you notify your employer of your injury, file a claim with the VA Workers’ Compensation Commission, attend the hearing, and hopefully get a fair award. However, this process becomes more difficult to accomplish with the policies and practices of certain companies. When claiming for Walmart jobs. workers’ comp, you should be prepared to face these obstacles:

Walmart is self-insured and has its own administrator for workers’ comp claims.

A third-party administrator (TPA) is an entity. that manages claims on behalf of employers and their insurance companies. For Walmart, the TPA is a company called Claims Management, Inc (CMI). Once a Walmart workers’ compensation claim is filed, it will be referred to and handled directly with CMI. Although technically a different company, it is a subsidiary of Walmart itself. This is legal for a self-insured company like Walmart, but in practice, it is seen as a disadvantage to the workers.

Because Walmart is self-insured (it funds its own insurance), and because it owns the claims administrator, the retail giant has ultimate control of every claim filed against them. They can dictate which doctor you should see, what kind of treatment you should receive and how much, and even when to close your case. CMI, acting essentially as an insurance regulator, could also investigate your claim in a way that helps Walmart save money on settlements.

There are several “disincentives” that make claims difficult.

Outside of claims administration, there are other experiences of Walmart workers that seem to discourage them from pursuing their damage claim. One of the most common is being subjected to a drug test shortly after filing their case, only to find out later that the test results have impaired their work. In some states where the use of medical marijuana is legal, certain workers have still been fired after the post-injury drug test showed that they were using the substance.

Other employees also report being promised a better job if they would back down from their workers’ claim. Then there are many others who have suffered the exact opposite: being fired after seeking workers’ compensation, with Walmart claiming various other reasons for the firing (such as not following a company policy and not being able to fully perform their role after the accident).

The firing of workers could be a form of retaliation after bringing a case of workers’ comp. This is an illegal practice that is unfortunately still being practiced by employers and unfortunately deters many injured workers from even initiating an injury claim. If you have been retaliated against, inform an attorney. A separate lawsuit may be possible.

With these obstacles in the case of a Walmart workers’ comp case, is it still possible to successfully claim your just compensation for a work injury? Yes, it is very possible. Numerous employees have actually received satisfactory settlements or awards after arming themselves with an aggressive and skilled workers’ compensation attorney.

To give you an idea of the successful cases and the amounts that workers have received, here are some examples from across the US. Note, however, that workers’ compensation and awards vary greatly from case to case.