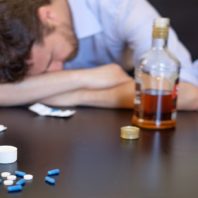 What are the Major Signs of Drug Abuse?

Drug abuse is a growing menace in Montecito, and it is a rallying call of our time to watch for the signs of drug abuse in our family members, especially young ones. In fact, parents, friends, school officials, neighbors, and concerned others should be on the lookout for signs of drug abuse. These signs are not always easy to spot since abusers are often quite adept at hiding such habits. If things have already got worse, you must prepare to go to a Montecito rehab for addiction recovery. Let’s see what signs can indicate drug abuse.

When high on the drug, literally, the drug abuser is in a state of pure nirvana. Nothing seems to faze him or her – until the high wears off.

Feeling warm and content from using drugs leads to drowsiness. It can also relieve stress by inducing a detachment from pain and any stress-producing activities.

These are common side effects, especially when first using the drug.

This is another common side effect users generally experience when beginning drug use.

In reduced lighting situations, when the pupils normally become larger, someone who is using drugs will have pinpoint pupils, i.e., pupils that are very small.

When someone begins mainlining or injecting drugs directly into the vein, you may start to see track marks on the arms, later followed by scabs as a result of repeated injections. After a while, users may wear long-sleeve shirts or jackets in an attempt to hide the injection marks.

Over a period of months, drug abusers who inject the drug will graduate to shooting up at least once per day, as compared with once or twice a week when first beginning drug use. All that shooting up leaves an inevitable trail of needle marks, track marks, up and down the arm. In fact, you may see a one-to-three-inch trail of scabs over these track marks up and down the arm or leg from the vein.

Unless the person is ambidextrous (able to use either hand with the same dexterity), the tell-tale line of injection marks will appear opposite the hand used to inject the drug. For example, a right-handed person will generally inject into the left side, while a left-handed person injects on the right side.

After a long period of injecting into the same veins, a condition occurs called collapsed veins. Theseare also called blow-out veins. The drug abuser will switch then to injecting in veins behind the knee or in the back of the hand.

Look for signs of a bloody nose, sniffling, and constant sneezing when not otherwise sick.

At higher doses, drug abuse produces a sedative effect, with the risk of overdose resulting in unconsciousness, coma, and sometimes death due to respiratory failure if drug is taken in combination with alcohol and/or other drugs, especially tranquilizers, the risks of overdose increase significantly.

Tagged with: Signs of Drug Abuse