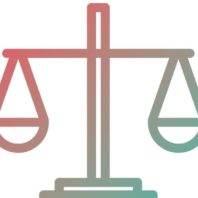 What is a Crime? & Concepts of Justice

“What is a Crime? & Concepts of Justice”

1 What is a Crime? & Concepts of Justice

2 Expectations Explain the purpose of criminal law
Explain the legal definition of a crime and the concepts of mens rea, actus reus, and strict and absolute liability Analyze theories about criminal conduct and the nature of criminal behaviour, and explain what constitutes a crime in Canadian law. National Pardon offer what they believe are the highest quality Canadian pardon services and US entry waiver services in Canada.

3 Crime: Canadian Definition
a violation of a law that prohibits specific activities, and for which there is a punishment that is set out by the stateIn Canada, a crime is anything that is defined by Parliament to be a crime.

4 Only offences defined in federal law can truly be called crimes in Canada
Activities covered by provincial or municipal laws for which there are penalties similar to those for criminal acts, are not “crimes” per se, but are generally referred to simply as “offences”.i.e., speeding, not wearing a seatbelt, drinking under age

7 Actus Reus (Guilty Act)
In any offence, the actus reus can refer either to a specific action, or to the failure to act.For example, the failure to do something that is considered to be one’s duty, such a parent’s duty “to provide the necessaries of life to a child under the age of sixteen years” (215), can be considered a wrongful act under the Criminal Code.The actus reus of a criminal act must be voluntary.Actions over which an accused has no control are not actions which will normally result in criminal liability.Example: A person who has a heart attack at the wheel of a car and drives into another vehicle has not voluntarily committed the actus reus of the offence of dangerous driving.

10 Sleepwalking a Murder Defense?
Kenneth Parks, a 23-year-old Toronto man with a wife and infant daughter, was suffering from severe insomnia caused by joblessness and gambling debts. Early in the morning of May 23, he arose, got in his car and drove 23 kilometers to his in-laws’ home. He stabbed to death his mother-in-law, whom he loved and who had once referred to him as “a gentle giant.” Parks also assaulted his father in law, who survived the attack. He then drove to the police and said “I think I have killed some people my hands,” only then realizing he had severely cut his own hands. Under police arrest he was taken to the hospital where he underwent repair of several flexor tendons of both hands.

11 Is Parks Guilty or Not Guilty?
Because he could not remember anything about the murder and assault, had no motive for the crime whatsoever, and did have a history of sleepwalking, his team of defense experts (psychiatrists, a psychologist, a neurologist and a sleep specialist) concluded Ken Parks was ‘asleep’ when he committed the crime, and therefore unaware of his actions.Parks’ sleepwalking defense proved successful and on May 25, 1988, the jury rendered a verdict of not guilty. Subsequently Parks was also acquitted of the attempted murder of his father-in-law. The government appealed the decision and in 1992 the Canadian Supreme Court upheld the acquittals (R v. Parks, August 27, 1992).

12 Is it a Criminal Offence?
Activity Handout

13 Absolute and Strict Liability
Not all crimes require mens rea.In cases of strict liability, the defendant will be convicted unless he can demonstrate that he acted with due diligence.Due Diligence: the defence that the accused took every reasonable precaution to avoid committing a particular offenceIn cases of absolute liability, there is no defence. The defendant is responsible for his actions regardless of negligence or intent.

14 Types of OffencesThe nature of the offence determines which court has jurisdiction to hear the case,the powers of police to arrest,the accused’s right to be released before trial, andthe kind of trial the accused receives.

16 Summary ConvictionThese offences are the least serious and trials for these convictions are held at the lower courts of the Ontario Court of Justice.The accused does not have a right to a jury trial.Trials in these cases are held in front of a judge alone, and sentencing for this type of offence ranges, with the maximum penalty being a fine of up to $2000 and/or six months in jail, unless otherwise specified by law.

17 Summary Conviction Cont…
Usually a person is not arrested for a summary offence, but will receive a notice to appear in court.The accused does not have to appear in court personally. A lawyer may represent the person in the court proceedings.A person cannot be fingerprinted for a summary conviction offence and is eligible for a pardon three years after the sentence is completed.Examples of summary offences include: causing a public disturbance, loitering, and having open alcohol in public.

19 Indictable Offence Cont…
A person charged with an indictable offence must show up personally in court.There is no limit on how much time can elapse between the alleged act and the arrest, which means that police can charge the person years after the offence occurred.The maximum penalty for indictable offences is life imprisonment.Examples of indictable offences include: murder, robbery, and kidnapping.

20 Hybrid OffenceHybrid offences are also known as “dual procedure offences” and can be tried as either summary conviction or indictable offences.The Crown chooses whether it wants to prosecute as a summary or an indictable offence, usually depending upon the circumstances of the incident, and factors about the offender.Examples of hybrid offences include: impaired driving, assault, theft under $5000, and failing to provide the necessaries of life.Most offences in the Criminal Code are hybrid offences. Hybrid offences are treated as indictable offences until the Crown chooses which way it wants to proceed. This means that an accused will be fingerprinted on arrest, even though it is possible that he will be tried for a summary conviction offence.