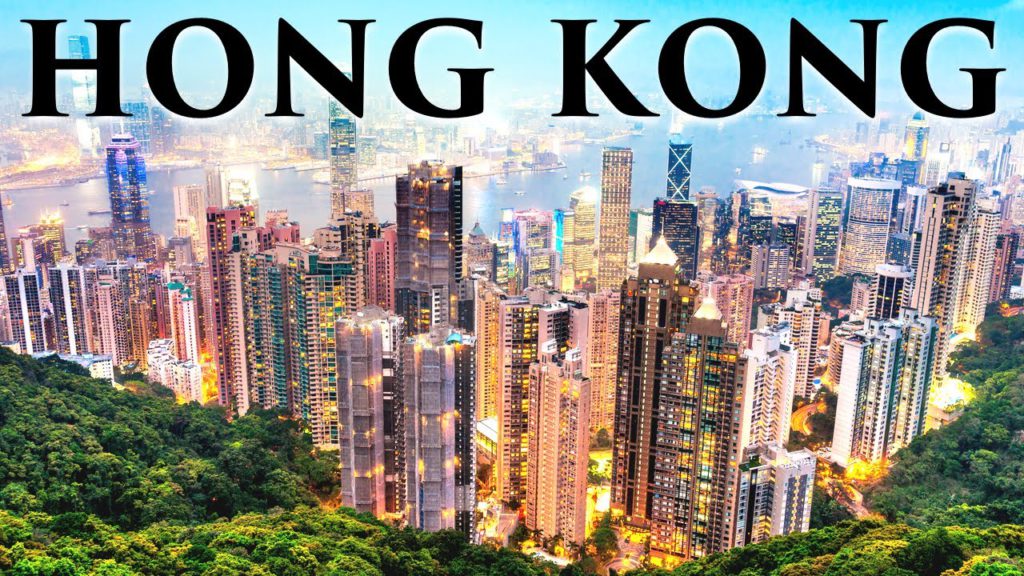 The first amazing fact about Hong Kong is the fact that it`s a city whose ownership is veiled in a shroud of ambiguity. It`s not really independent, but at the same time, it`s not under the control of mainland China either. Hong Kong city has its own constitution. In fact, it happens to be one of the best democracies around the region. This is in contrast to mainland China, where democracy hasn`t really been embraced. It also has its own customs, passports and currency, the Hong Kong dollar.
2. Skyscrapers
Hong Kong has one of the highest number of high-rise buildings. They number to a mind boggling 7.840 buildings. Of these, 1,303 are skyscrapers that dot the Hong Kong skyline. These buildings light up the Hong Kong skyline in a symphony of lights, creating one of a kind and breathtaking spectacle. The International Commerce Centre is the tallest building in Hong Kong, it is 484m tall and is also the 9th tallest in the world. There are other skyscrapers too, examples being the two International Finance Centers and the Central Plaza tower.
3. One of a kind transportation network
Hong Kong has one the most sophisticated transport systems in the world. It`s also one the most efficient systems around, which help ferry the 7.3 million inhabitants to and from their destinations daily. It`s made up of trains, taxis, busses, ferries and airplanes. Trains by far, transport the highest number of people daily. They transport 41% of the total population. They are efficient and always on time. Hong Kong has one the busiest airport in the world too. The Hong Kong International Airport acts as a gateway to the world. It serves a whopping 70 million passengers annually. It`s ranked 8th busiest in the world.
4. Global leaders in hospitality
Hong Kong is the global leader when it comes to catering and hospitality. Its streets are lined with high end hotels of all niches. They are there to serve the millions of tourists that visit Hong Kong annually. They are there to make you feel at home. Mandarin Oriental, Lanson Place Hotel and Grand Hyatt Hong Kong, just but to mention a few, are some of the best hotels around. Offering 1st class services. Hong Kong massage parlors offer high class services, that are tailored to meet your needs.
5. Breath taking scenic sites
Hong Kong also happens to have one the best scenic sites around Asia. One can visit these places in tours organized by tour companies or on their own. Some of the best places to visit include Lantau island where we have the giant statue of the Buddha. Along the way you will go through scenic fishing villages showcasing Chines peoples` heritage. An evening cruise on-board luxury yacht in the amazing Victoria Harbour will be an amazing experience. Not to mention unforgettable. For those interested in the Chinese cuisine, a trip to the Sheung Wan and Central districts will be a for filling experience. Here, you can get any kind of Chinese meal that you desire.