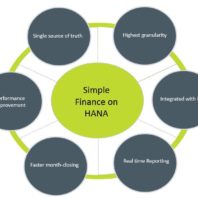 In the movie, Outsourced (2021), Todd Anderson, executive vice president of marketing and order fulfillment, travel to India to train his replacement when the call center he manages in Seattle is outsourced. Newbies are willing to work in the call center. Todd trains them to sound American. The film is riddled with cross-cultural conflicts, such as the excerpt below:

Todd Anderson: And according to the customer complaint we’ve had, it’s a cultural issue. Basically, you need to learn about SAP Simple Finance Training. It’s about reducing the MPI *. Things go faster if customers feel like they are speaking to a native English speaker.

Indian Call Center Agent: But we are native English speakers. English is the official language of our government. You got it from the British, and so do we. We just speak it differently.

As a person of Indian origin and with significant European exposure, I have often found myself as a mediator at the center of intercultural conflicts, like these, in organizations I worked for in Germany. In these situations, I was able to understand the thought processes of the German and international team members. Time and time again, I was able to overcome challenges and build successful collaborative teams.

In 2011, I decided to share these experiences with a wider audience and began working as an intercultural consultant with a focus on Indo-German collaboration. In this role, I advised German clients on technology, business, and cross-cultural issues while working with their Indian counterparts.

I observed that the number of intercultural trainers in Germany offering these services has increased considerably over the last decade. These trainers share the experience of a specific country with various corporations and advise clients on the cultural differences between Germany and growing markets such as China and India.

This is a commendable effort on the part of the coaches to unite both worlds and it deserves many thanks. But investigating this development raises more questions than it answers, such as:

Do customers get the “benefit for the money”?
Is training in cultural awareness producing a change in these organizations?

Have these training reduced misunderstandings and conflicts?
Personally, I don’t think so.

The reason is not the efficiency of the trainers or the content of the course they develop, but the current participation model.

I believe that the current “transactional” mode of engagement between trainers and their clients is ineffective in managing the degree of change and awareness necessary for fluid cultural interaction during the life cycle of client engagement with people of other cultures.

The human mind can only accept and appreciate so much new information. Cultural elements are so deeply ingrained in people’s identity and personality that any requested change that differs by more than 5% has little chance of success.

There is also an inherent tendency for people to return to the “comfort zone” of their own culture and behavior: their own “known territory.” As a result, a large part of a coach’s efforts is largely neither implemented nor stopped.

In the current model, participants from the client’s organization attend some workshops where they are exposed to various patterns of behavior, tools, and techniques. Over time, retention decreases, and participants revert to their “old way of doing things.”

In this essay, I propose an ongoing engagement model as a solution to maximize the impact of such cross-cultural awareness training. I believe this approach would deliver the best results to both trainers and clients.

In recent years, major German corporations such as Daimler, Volkswagen, SAP, Thyssen Krupp, etc., realizing the potential for growth in the BRIC countries, have set up stores in India and China. Taking advantage of access to an increasingly cheap and qualified talent pool and a large market in these countries, German corporations have aligned their businesses to make use of this competitive advantage.

With China’s and India’s GDP growing at 6-9% per annum, this means a growing demand for technology, consumer products, automobiles, etc. German corporations, perceived as world leaders in engineering and technology in these countries, are rightly targeting expanding trade with them. countries.