Tips to Plan Horror Films and Save Postproduction Time

How to Plan a Horror Film to Minimize Postproduction 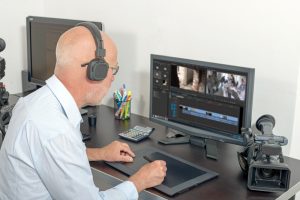 The power of a video editing service or animation services to digitally alter what our cameras have captured has created a powerful, two-edged weapon. On the positive side, it’s possible to use postproduction effects to improve reality and create more compelling landscapes and backgrounds. That’s a great advantage when you’re shooting a horror film, where the setting is often one of the stars of the film – get that right, and you’re a long way along to creating something both compelling and convincing.

On the negative side, it’s easy to get lazy, and assume that many crucial elements of the film can be created, altered, or fixed “in the post.” Those are dangerous assumptions to make, especially if you’re trying to bring your film on time and on a budget. While you want to be sure or your video editing service can tap into the power of post-production to make your film better, planning ahead of time to minimize the need for postproduction will definitely pay off in the long run.

Start with the storyboard 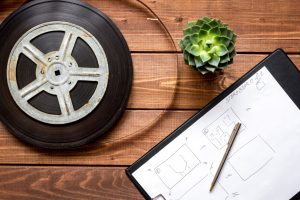 One of the key reasons that directors have to resort to postproduction is a simple lack of planning. And one of the best ways to ensure that you understand all the necessary planning involved in the production of your horror flick is to create a detailed storyboard before you begin. With a storyboard in hand, you’ll better understand the composition of each shot and avoid the necessity of having to digitally “clean up” unnecessary objects in the background (or add objects for that matter). And even if you’re planning on doing a fair amount of green screen photography, attending to the shot’s composition and planning may minimize the amount of that you’ll need to do as well.

Lighting is one of the key cornerstones of a well-composed horror film. You can use post-production judiciously to add final touches to a scene, say perhaps lighten it up or darken it. But you’ll work very hard in post-production to try to replicate the dramatic and organic lighting setups you can achieve with careful placement of your lights and cameras. Spending a few extra minutes in setup will not only make your film look better, but it will also save you postproduction time and potential frustration.

Rely on practical effects wherever possible

Do you have some creatures in your movie? This is one of the situations that will often have directors running to any of some animation services that offer CGI rendering. But that approach isn’t always the best one since it’s heavily backloading your movie towards a reliance on expensive post-production work. Veteran directors often suggest taking a more hybrid approach. Create the best possible monster, creature, or makeup through the use of practical effects, and then limit the use of postproduction to touching up what you’ve created in real life. You’ll be less reliant on animation services, and correspondingly less reliant on postproduction to create your film.

Preparation is the key 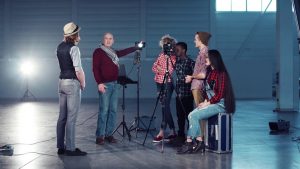 In the end, there’s no real secret to minimizing post-production time and expense. As with any project, your goal should be to rigorously examine all the different aspects of the film and work out a plan that reduces the possibilities of creating situations that require post-production work. Planning and creating a strong storyboard, paying attention to lighting, and incorporating as many practical effects as possible are all necessary and prudent steps to take before you turn over large portions of your film to a video editing service or digital animation services to supply elements you didn’t capture in the original shoot.