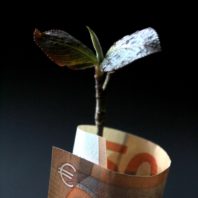 Why You Should Consider Franchising as Your New Business?

Franchises also have a greater chance of success in the world where 95% of startups fail within the first five years, anything that improves your odds should be welcomed as a major competitive edge. A franchise already has a business model and, more likely than not, an active nation-wide marketing campaign. In other words, franchising seems like a great opportunity for all those who don’t see making every single creative choice in the business-making process, as a top priority.

When all of this is said and done, is buying a franchise a better choice than starting your own, original business? Let’s find out!

Running a franchise allows you to get the best of both worlds. On the one hand, you get the privilege of being a major organization, while, at the same time, you get to run a small business. How is this possible? While it is true that the brand as a whole is a part of a huge enterprise, each independent franchise operates as an independent business. While you can rely on help from the franchisor, you can’t expect support from other franchises and vice-versa. More often than not, franchisors offer professional guidance and even training to new franchises.

Getting funding is also a lot easier this way, which is one of the main reasons why franchises are known to have a much higher success rate than original businesses. Creditors or investors want to know your business plan to accurately access the risk of giving you money. This is a lot easier to pull off if you have a business plan that has already been tested and proven to work. In general, coming up with the right business model and an idea to offer to a credit union, bank, or even P2P lender can be quite challenging. This way, you will be able to skip this step in its entirety.

Wrap up: The key advantage of starting a franchise (as opposed to running a first-time business), lies in greater security. You get the protection that comes with being a part of a larger brand and a tested business model that will put investors and creditors at ease.

The downside of running a franchise lies in the idea that you will have some creative limitations. This is somewhat true but these rules are not nearly as restricting. You have some rules and regulations regarding the workspace that you need to occupy. You might also have rules regarding the training and hiring process of your staff. On the one hand, this sounds somewhat restricting. At the same time, there are several things fewer that you should worry about. All of these rules were conceived with efficiency, regulations and branding in mind. In other words, there’s a method behind this madness.

In turn, you will receive professional guidance and support on so many levels. It’s not uncommon for the franchisor to send instructors to help out an aspiring franchisee. Other than this, it’s also likely that you will receive support in terms of leverage. This comes naturally from being a huge name. you see, chances are that the enterprise in question already has its supplier. For instance, if you’re buying a cinema franchise, chances are that you already have a supplier of popcorn kernels, instead of having to look for one on your own. This will provide you with a great deal of logistical support.

Wrap up: There are not so many creative limitations to running a franchise and the professional guidance ensures a much more beginner-friendly experience. This is much better suited for those who are planning to enter entrepreneurship for the very first time.

The best thing about starting a franchise is the fact that you can avoid building a business from scratch. It gives you a head start because you don’t have to choose brand markings like branded colours, logos and product packaging. You also don’t have to design employee uniforms and franchise furniture. Keep in mind that this doesn’t mean that you don’t have any say in these matters. If anything, when choosing a franchise for sale, you have the privilege of seeing all these markings before committing to a specific one. Sure, you may be unable to customize it but this is a small price to pay.

Remember that making a business model tends to be quite challenging, as well. The same goes for coming up with the general marketing campaign and the direction towards which your business will be promoted. When buying a franchise, these are all the markings that you will inherit from the franchisor. This puts you in a much more favourable scenario. Instead of wasting your initial enthusiasm on administrative, bureaucratic and creative tasks, you get a chance to focus on the logistics from the very start. This gives you a substantial edge.

Wrap up: Early creative work can be quite exhausting and stressful. When buying a franchise, you have the privilege of being able to skip this part in its entirety. All you get to do is focus on running a profitable business.

The main reason why so many startups fail is that they have no idea what they’re getting into. Sure, you can estimate how your business is going to function once you get going, however, things are not always so easy to predict. As a franchise, you have the privilege of getting into the business world with a business model that’s already been tested in the real world. You also get the privilege of comparing your business to others franchises.

Financial projections are also a lot easier when you can use the example of other franchises. To make them as accurate as possible, you need to find a franchise in a neighbourhood with a demographic that matches that of your own. While this is not a hard rule, once you see how well they’re doing, you’ll have a better idea of what you’re getting into.

Wrap up: The fact that you don’t have to make fictional conditions to make an accurate fiscal projection greatly helps your financial efforts. This will allow you to make faithful financial projections for the future.

Every franchise comes with its territory. This means that once you buy a franchise, you get a certain territory and a franchisor vows that they won’t sell the same franchising rights to anyone in your vicinity. This means that you have one fewer potential competitor. If you’re aiming for a particularly popular franchise, this can tip the scale in terms of your competitiveness quite significantly.

Keep in mind, nonetheless, that every trademark is regional or national. This means that you might not be allowed to use the brand name in your region. Due to IP disputes, Burger King had to go under the name Hungry Jack’s in Australia. Another fast-food mogul, Wendy’s, was prevented from opening under this name in the EU. In other words, researching IP ahead of time is always the way to go.

Wrap up: When buying a franchise, you are ensuring that another franchise of the same franchisor will never be opened in the same territory. This way, you get a chance to deduct at least one potentially powerful competitor from the equation.

The key thing lies in being able to tell a difference between what really matters and what just seems relevant. If you want to do more or are unsure about your authorization, you can always ask for counsel. The majority of these franchises are quite responsive and chances are that you will get an answer (with an explanation) within a matter of a single business day. In other words, whenever you aren’t sure, you have someone to ask for permission.

Wrap up: When it comes to the majority of relevant administrative decisions, all the executive power is still firmly within your grasp. The majority of restrictions are matters of image and franchise standard, which shouldn’t affect the way you run your business.

The simplest way to describe franchising would be to say that it’s running a small business where someone else has already done all the groundwork in your stead. You don’t have to worry about the creative aspect of making a business plan, you don’t have to work too hard on making a unique business model and you don’t have to spend too much effort on intellectual property. Still, for those looking for the satisfaction of starting their enterprise from scratch and building a legacy, this might not be the right solution. Either way, it’s an opportunity that’s hard to ignore.